How is Sarcoma Diagnosed? 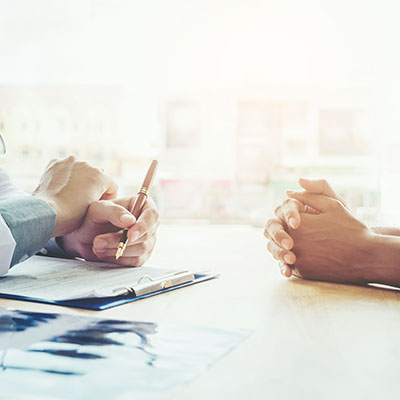 Daniel Lerman, MD, Orthopedic Oncologist at the Institute for Limb Preservation at OrthoONE, a part of Sarah Cannon Cancer Institute at Presbyterian/St. Luke’s Medical Center in Denver, discusses what you should know about how sarcoma is diagnosed, including symptoms to be aware of and what to expect.

What are the signs and symptoms of sarcoma?

There are two broad categories for sarcoma. The first category is soft tissue sarcoma, which means that the cancer arises in the soft tissue elements of the extremity, such as muscles, fat, nerves and blood vessels. The second broad category is bone sarcoma, which are cancers that originate in the bone. Sarcomas are rare in adults, representing about 1% of all cancers.

The two categories of sarcoma present in different ways.

Soft tissue sarcomas are most common in the thigh, but can occur anywhere in the body where there is connective tissue, including the uterus, head, neck and lungs, and are not limited to the extremity. Bone sarcomas occur more commonly in the lower extremity.

Not every extremity mass is a cancer; in fact, most are benign.

What are the most common types of sarcoma?

The treatments for bone sarcomas are very much dependent on which subtype you have, and will vary widely. Alternatively, treatments for soft tissue sarcoma in the adult population are typically uniform, where surgery and radiation are routine with case-by-case consideration for chemotherapy.

Is there an age when I am more likely to get sarcoma?

If I am experiencing symptoms worrisome for sarcoma, what should I do? What tests will my doctor perform?

There is not a meaningful blood test available for sarcomas. The best ways to evaluate sarcoma initially is by using imaging studies, typically starting with x-rays and then an MRI of the area of concern.

An orthopedic oncologist will use routine algorithms to evaluate abnormalities or lesions in the bone. It is important to follow those algorithms to ensure the greatest likelihood for an accurate diagnosis and treatment.

Above all, it is also important for people to have a confirmed diagnosis before undergoing a treatment. It is key for the doctor to know what makes up a lump or mass prior to surgical intervention because appropriate type of surgical treatment is based on the diagnosis. To establish a diagnosis, a tissue biopsy is often necessary.

If a person is experiencing extremity pain, many will first go to orthopedic surgeon, thinking that the mass is due to joint swelling. If there are concerning findings, it is important to see a doctor who specializes in extremity cancers, such as sarcomas.

How does a doctor diagnose sarcoma?

First, your doctor will diagnose the sarcoma, followed by staging and treatment. It is very important that all of these steps take place to help maximize the chances of an effective treatment.

If imaging studies are concerning, a tissue biopsy is often recommended. An interventional radiologist can perform a tissue biopsy with a needle in a minimally invasive manner. Alternatively, a surgeon can perform an open biopsy through a small incision in an operating room with the potential benefit of getting a larger specimen.

If the biopsy confirms a sarcoma diagnosis, staging must be completed in order to determine if the sarcoma is localized or if it has spread to other sites, as that will inform appropriate treatments.

What can I expect upon diagnosis?

Sarcoma cases are often complex and relatively rare, and should be managed at a center that specializes in sarcoma care with the all of the resources that you might need. This includes a multidisciplinary cancer conference, a sarcoma nurse navigator to help you through every step of the cancer journey and physical therapists who are familiar with the care of post-operative sarcoma patients in order to optimize outcomes. Because sarcomas occur in the upper and the lower extremities, physical outcomes are critical, and your care team wants to optimize your potential function following surgery.

July 3, 2019
The National Cancer Institute estimates that in 2019, there will be more than 80,000 new cases of bladder cancer diagnosed in the United States...
Previous Post
Sarah Cannon

May 28, 2019 by Gwen Spector, BSN, RN, COCN, Complex GI Cancer Nurse Navigator at Sarah Cannon Cancer Institute at Medical City Healthcare
Oncology navigators are often asked, “What does a navigator do?” The answer to that question may be different for each navigator depending on...
Next Post
Back to blog home

Why is a Cancer Registry Important?

How to Help Ensure Your Loved Ones are Healthy This Movember

COVID-19 vaccines and mammograms: What you should know