“For Tracey, a 44-year-old breast cancer survivor from Lenexa, Kansas, knowledge is power. After finding a lump in her right breast, she chose to have a double mastectomy and hysterectomy following genetic testing that showed risk for ovarian cancer.”

Tracey, a former Pro Figure competitor/bodybuilder, was doing her usual morning stretches when she noticed a lump at the base of her right breast, just days before her annual mammogram. At her appointment in March of 2014, Tracey’s radiologist ordered an ultrasound and a subsequent biopsy which revealed invasive ductal carcinoma, a type of breast cancer. “I found out on a Friday night,” says Tracey, “and I was blindsided by the diagnosis. I kept thinking, ‘But I’m healthy, I eat well, I exercise.’ I was in shock."

“I couldn’t have asked for a better team. I had no idea that genetic testing was on option. When I was told about it, I consented right away!” 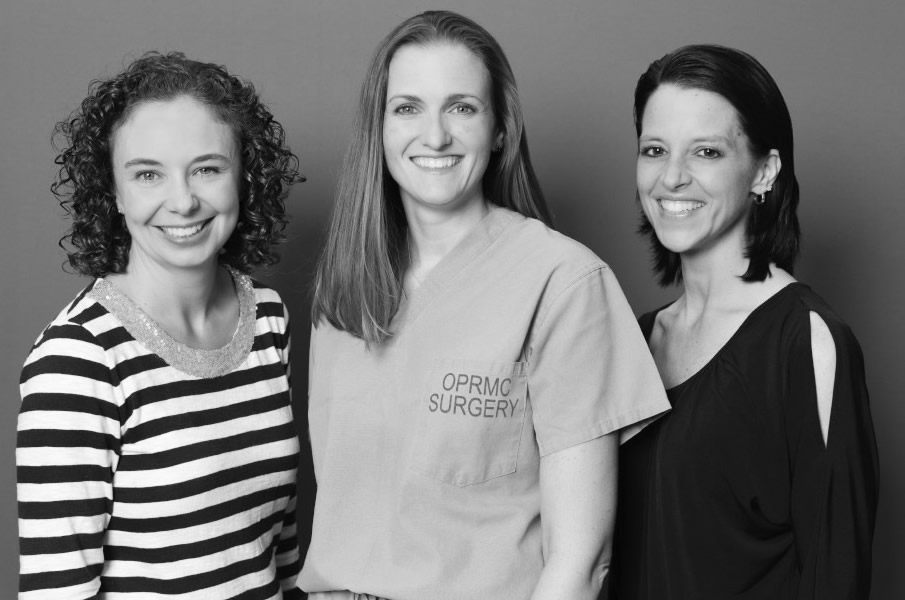 Anne Kobbermann, MD, FACS Breast Surgical Oncologist at Sarah Cannon HCA Midwest Health, shared the news with Tracey and provided the options of a lumpectomy or a mastectomy; Tracey chose a double mastectomy. “I wanted to do whatever I needed to do in hopes of the cancer never coming back.” After learning of Tracey’s family history with cancer, her care team also recommended genetic testing. Sarah Cannon HCA Midwest Health in Kansas City has the region’s leading genetic testing and counseling program with board-certified genetic counselors, which empowers patients like Tracey to make important healthcare decisions.

“Dr. Kobbermann and my nurse navigator specializing in breast health, Gina Shay-Zapien, were amazing! They were always there if I had any questions or concerns and would help put me at ease.”

“If anyone has the chance for genetic testing, do it. Be proactive. My mom had breast cancer at age 35 and my cousin had ovarian cancer, but I didn’t know I needed to undergo genetic testing to determine my risk. If you have the chance of getting cancer because of your family history, please seek out genetic testing.”

After surgery, Tracey and her sister had genetic testing to determine their future risk. It was an easy process. They visited Dr. Kobbermann’s office and met with genetic counselor, Molly Lund, MS, CGC. Lund explained that a simple saliva sample would hold all the DNA needed for the test. The tests revealed that Tracey had an increased risk for ovarian cancer, while her sister’s test came back without an elevated risk. Five to 10 percent of breast cancers are hereditary, and individuals who inherit a specific gene mutation have a greater chance of developing cancer within their lifetime, and at an earlier age.

“Genetic testing has played a big role in how I think about personal cancer risk. The information is powerful,” says Tracey. “And even though I was aware of my mom’s history, I was in denial about my potential of developing breast cancer.”

Lund, Tracey’s genetic counselor, stresses the importance of taking the time to learn your family history to all of her patients, as this is the first step in determining the chance of developing cancer. She also shares the genetic testing is a personal decision, but genetic counselors are trained to evaluate family history and discuss the testing process in detail to help a person decide if it is the right choice for them.

With the knowledge of a chance of ovarian cancer, Tracey chose to have a complete hysterectomy after she completed 16 doses of chemotherapy which were then followed by 28 days of radiation. Tracey completed reconstructive surgery in June 2015 and now is considering the possibly of returning to figure/bodybuilding competitions. “I’ve spoken with my trainer, and I’m ready to return to lifting. It will take a couple of years to get back to where I was before my cancer but I know I can do it,” she said. “After healing from radiation, I started training for a half marathon, which I did in May 2015. Soon after, I began training for another half marathon in October, where I placed 5th in my age group. When I returned from the race, I decided to sign up for another one, with even more motivation to continue competing. With these successes, there’s a possibility I could step back out onto the stage. You can do anything if you want to, so shoot for the stars.”