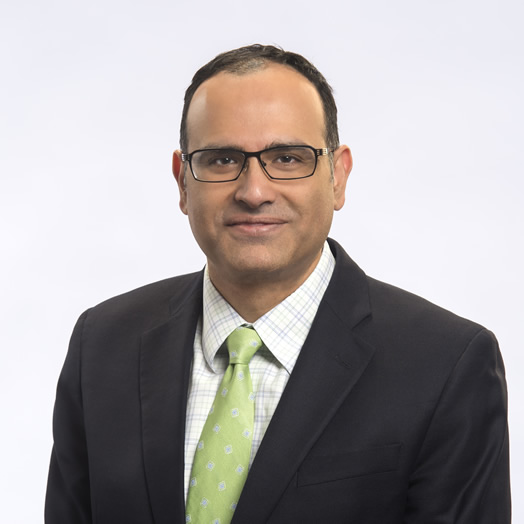 Dr. Battiwalla joined Sarah Cannon in 2018 as the director of outcomes research. In his role, he designs and leads retrospective outcomes research across the Sarah Cannon Transplant and Cellular Therapy Network with a special emphasis on blood and marrow stem cell transplantation and cellular therapy.

Dr. Battiwalla received his medical degree from Medical College in Calcutta, India in 1994. After completing an internal medicine residency at Stony Brook University Hospital, in New York, he finished a fellowship in hematology/oncology/BMT at National Institutes of Health in Bethesda, Md. He also earned a Masters of Health Science degree in clinical research in 2003 from Duke University School of Medicine.

Prior to joining Sarah Cannon, Dr. Battiwalla served as the medical director of the blood and marrow stem cell transplant program at the National Heart, Lung and Blood Institute in Bethesda, Md. from 2010-2018 and chaired the NIH BMT Consortium. Previous to this, he was an assistant professor and associate scientific director at the Roswell Park Cancer Institute in Buffalo, N.Y. from 2003-2009.

Dr. Battiwalla has spearheaded efforts in the field of stem cell transplant survivorship and has co-chaired the NIH Late Effects after BMT consensus initiative as well as the Center for International Blood and Marrow Transplantation Late Effects Working Committee.

Dr. Battiwalla is actively certified by the American Board of Internal Medicine with further certification in hematology.