BRCA mutations in cancer: what to know 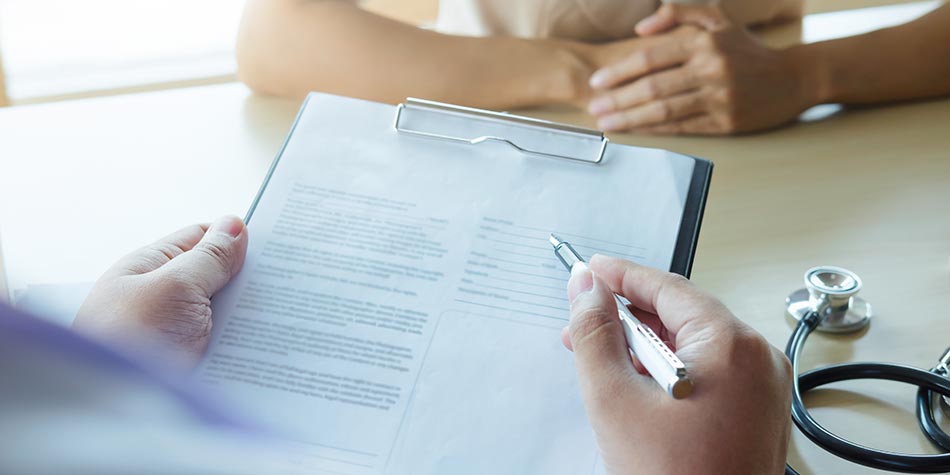 About BRCA1 and BRCA2

Both BRCA1 (on chromosome 17) and BRCA2 (on chromosome 13) are human genes that all people have, and, when functioning normally, produce proteins that help repair damaged DNA and maintain the cell’s genetic stability.

However, if either gene is mutated or altered, these proteins either aren’t made or fail to function correctly, which can prevent DNA damage from being repaired. This can increase the risk of the cells developing additional genetic alterations that can lead to cancer.

Lifetime risks for developing breast cancer for those who have inherited BRCA1 and BRCA2 mutations include:

The risk for developing ovarian cancer is lower but still important to monitor. Lifetime risks are as follows:

Certain factors can increase the risk of carrying a BRCA mutation:

The United States Preventive Services Task Force has made the following recommendation for women considering genetic testing for BRCA mutations:

Not all genetic testing is created equal! For example, while 23andMe looks at the BRCA1 and BRCA2 gene, the assay only detects three variants, which misses approximately 90% of the BRCA mutations that can cause cancer. A person should always review planned genetic testing with their care team.

Several different types of genetic testing methods are available to detect the BRCA mutations - some look for the mutations in one of the genes and others check for all possible mutations in both genes. The samples for testing typically involve DNA extracted from blood or saliva, and it usually takes about one month for results.

Certain Sarah Cannon facilities offer cancer genetic risk assessments and genetic counseling to women who have concerns about their personal and/or family history of cancer. Patients are provided with personalized information regarding hereditary risk, specific cancer risks, and targeted screening and prevention options.

If you have questions, call askSARAH at (844) 482-4812 to speak to a nurse who is specially trained to help with your cancer questions or visit askSARAH online.

What you need to know about lymphedema

May 19, 2021
It’s important to educate yourself about lymphedema. Here is what you should know.
Next Post
Back to blog home

Know Your Cancer: A Closer Look at Rare Breast Cancers

The Latest In Breast Cancer Research