Pancreatic cancer is the 12th most common cancer in the United States. The five-year survival rate for patients with pancreatic cancer varies depending on the stage when the cancer is detected and treated, ranging anywhere from one to 14 percent.

Signs and symptoms for pancreatic cancer are not often apparent. It is important to know the signs for both exocrine and endocrine pancreatic cancer and to talk to your healthcare provider if you are experiencing any of these symptoms or have a concern. 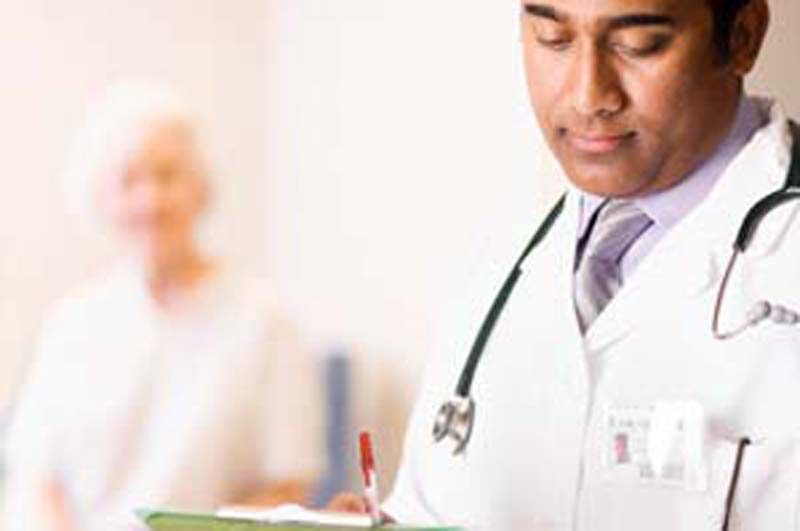 Signs and Symptoms of Pancreatic Cancer

In its early stages, exocrine pancreatic cancer rarely has any noticeable signs or symptoms and those that do occur are very similar to other illnesses. These include:

Signs and symptoms of endocrine pancreatic cancer depend on the type of pancreatic neuroendocrine tumor (NET), but can include:

Certain conditions and lifestyle choices can increase the risk of developing both types of pancreatic cancer, such as:

November 10, 2015
The pancreas is an organ located behind the stomach and in front of the spine, and contains two types of cells: exocrine (which produces enzymes...
Previous Post
Sarah Cannon

The Importance of Cancer Screening

March 17, 2015
Cancer screening is imperative to your health. Regular screenings can detect cancer at early stages which, in turn, may make it easier to treat...
Next Post
Back to blog home

What Are Treatment Options for Colon Cancer?

The Importance of Nutrition in the Stomach Cancer Journey

The Nutrition Do’s & Don’ts During the Colorectal Cancer Journey