Survivorship from a Cancer Survivor 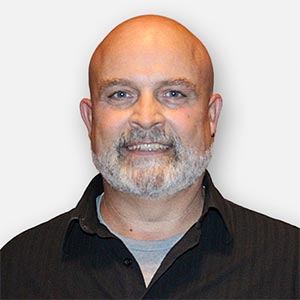 In 2005, Jeff was diagnosed with stage IV non-Hodgkin lymphoma. After several rounds of chemotherapy, Jeff’s cancer went into remission; however, three years later Jeff’s cancer returned. He, alongside his family and care team, decided that a blood and marrow transplant, also known as a stem cell transplant, was his best choice for long-term survival, and in August 2010 Jeff received a stem cell transplant from an unrelated donor through Be The Match.

Today, after celebrating his eight year transplant anniversary, Jeff shares his perspective on survivorship, how he found his new normal and what he would tell someone facing cancer today.

How does it feel to have just celebrated your eight year transplant anniversary?

I’ve been given the ability to see my two oldest kids get married, I’ve got two grandchildren, and you can’t put a value on that. So, how do I feel? Very grateful, very thankful, sometimes a little surprised. I can’t thank my care team and my supporters enough for what they have given me.

Can you tell us about your life now? How did you find your new normal?

That was a tough one, because for years there were parts of my body that were still catching up and recovering. For quite a while, finding my new normal was learning how to live with fatigue, brain fog and other side effects that a lot of people experience. My new normals have changed over time. Today, I feel better than I have in 15 years because most of the brain fog and fatigue have gone away. I have to fight daily. It’s like being married, I’ve been married for 34 years and had to work for it every day.

Is there anything that you wish you had known heading into your survivorship?

I don’t know if this is something I wish I had known, but rather something I am glad I did know: education is key. I’ve talked to several people and I’ve asked them what kind of blood cancer they have and they say ‘I think it’s a lymphoma.’ And I say, ‘Is it a Hodgkin or non-Hodgkin?’ And they say ‘I don’t really know.’

Educate yourself. Understanding my options, and what I could expect in my treatment – whether good or bad – was key to my success and my mental preparation through an unknown journey.

How did being touched by cancer either change or shape who you are today?

It opened my eyes. Every so often, someone will come up to me and ask why I am wearing various cancer awareness bracelets. My answer over time has changed, as I’ve learned how many people have been touched by this disease. I now respond, ‘It’s for me and everybody else who’s touched by it. You’re probably not asking me this question out of curiosity, you’re probably affected by it yourself.’ And it opens up a conversation.

A lot of people are facing cancer - whether it’s themselves, their spouse, their child, a relative, a friend. If they’re not scared themselves, they’re scared for someone else. I had advanced stage IV twice and a stem cell transplant. I have learned my story can encourage and inspire people. I think that’s what’s changed in my life more than anything – learning to open up to people to share my experiences and spread hope.

What would you tell someone facing cancer today?

I love spending time with grandbabies, playing in a classic rock band with three other old dudes (I’m the drummer).

What do you do to keep yourself healthy and strong?

At first, I kept trying to run and do activities my body wasn’t ready for. Due to some nerve problems in my lower legs, I had to stop running and instead started riding a bike. I encourage other patients to do something active that they enjoy and try to eat right…but be sure to have a cookie every now and then!

Do you have a #StrongSong?

November 28, 2018
In January 2017, 9-year-old Sawyer Dyer was diagnosed with acute myeloid leukemia (AML), a rare form of leukemia for a child, and one of the ...
Previous Post
Sarah Cannon

Ask The Expert: What is CAR T-Cell Therapy?

Myeloma: The Latest Developments and Research

Back to the basics: blood cancer

Why, as a minority, you should register to donate bone marrow

The Impact of Blood Donation

Blood and Marrow Transplant: What to Expect