“My journey hasn’t been defined by my cancer, but the people who have walked with me through it.” 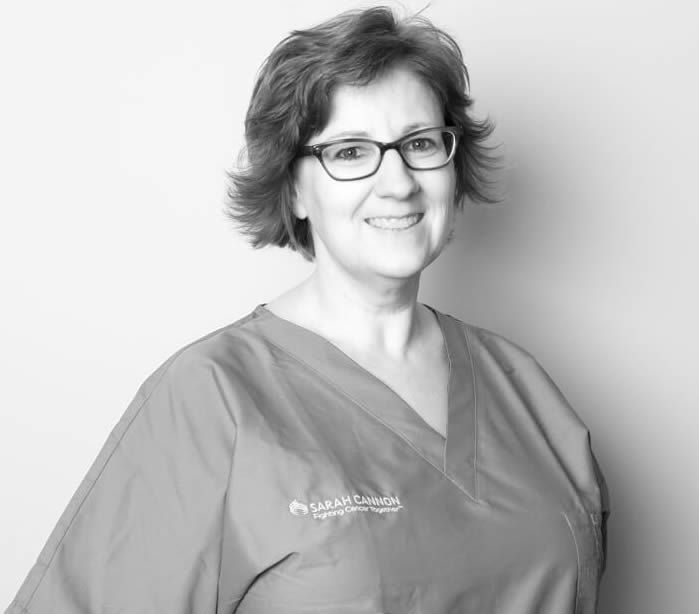 Jack, a 63-year-old, has been living with mesothelioma, an aggressive cancer affecting the membrane lining of the lungs and abdomen, since 2008. After being treated with chemotherapy and radiation for a year, Jack came to Sarah Cannon Research Institute in Nashville, Tenn. to find a more effective treatment for his cancer. An active golfer and grandfather, Jack is currently on cycle 92 of a clinical trial, which has improved his cancer journey and given him the energy to move to Dallas, Texas to spend more time with his grandkids.

Jack’s journey began in the fall of 2008, when he started losing weight and experiencing severe pain in his back. After a CT scan and lung biopsy, Jack was diagnosed with malignant pleural mesothelioma, a rare, but aggressive form of mesothelioma caused by exposure to high levels of asbestos. Having had a career in insurance for 35 years, Jack knew all about asbestos, but never thought he had been exposed.

Because the tumor had grown into his spine, Jack’s oncologists were limited in their treatment options. After many rounds of radiation and chemotherapy over the next year, Jack’s condition did not improve. Nauseous from chemotherapy, Jack remembers the only thing he could stomach was his wife’s famous chicken and dumpling dish, which he considers the most effective therapy!

“I had a lack of clarity in my life, and didn’t know what to do next. We were determined to find a new treatment for me but I had trouble finding clinical trials that I qualified for because of my previous treatments. Then we were told about a trial at Sarah Cannon,” said Jack. Living in Atlanta at the time, Jack and his wife drove to Sarah Cannon Research Institute in Nashville, Tenn., each week for his treatment. After just a few months on the oral PI3 kinase inhibitor, Jack showed significant improvement. With each lung scan, Jack’s tumor has decreased and his health has improved. In October 2010, Jack and his wife moved to Dallas, Texas, to be closer to their grandchildren. Jack’s care team works with him to schedule his treatment once a month, so he can spend his time with family and doing the activities he enjoys.

“Gaining weight and feeling healthy again, I am able to spend my time doing what I love. You don’t know how you will handle a challenge like cancer until it happens to you. I couldn’t be more thankful for a tremendous care team and a family that has stood by me through this journey,” said Jack.

“I can’t thank my research care team enough. I am here because of their compassion, care and dedication to improving the lives of their patients.”