“Everyone’s experience with cancer is different. My experience was not only unexpected, but has changed my life forever.” 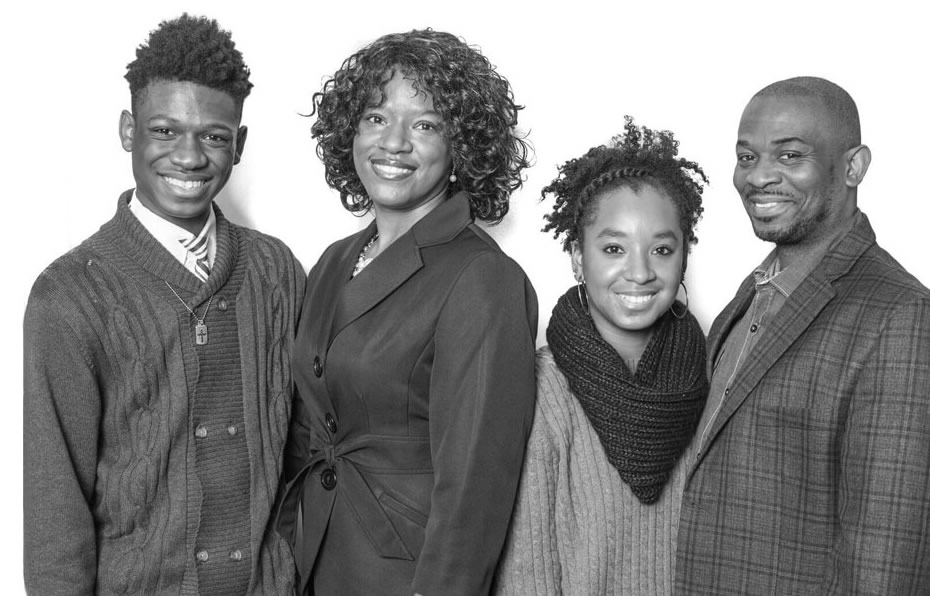 La’Trena, a 39-year-old Brentwood, Tenn. resident, was in her early 30s when she started feeling achy, tired and lethargic. Normally energetic, active and healthy, this was cause for alarm. After visits to sevral hospitals, Dr. Thompson with Sarah Cannon Cancer Institute at TriStar Centennial in Nashville, Tenn. asked the right questions to determine her diagnosis: blood cancer.

No one in La’Trena’s family had a history of cancer, so when she was referred to an oncologist, she thought the physician would just confirm what she had already been told, that her symptoms were the lingering side effects of a bad case of the flu. This seemed to be just another visit with another doctor. When she was diagnosed correctly, Dr. Thompson and her entire care team treated her with compassion and care, just like family, which made the cancer journey a little easier to travel.

“I was diagnosed with cancer on the evening of Valentine’s Day. Cancer seemed unfathomable, especially on this holiday full of love and family. At the time, I was a mother of two young children, one in elementary school and the other in just sixth grade. I knew I had to fight this battle as hard as I could for my family. They were my inspiration then, and still are today. My husband was my strength during this time, never giving up on me and never allowing me to give up on myself.”

Before meeting Dr. Thompson, La’Trena went to several doctors who diagnosed her symptoms as those of the flu virus, and was sent home with antibiotics and instructions to rest and drink plenty of fluids. After nearly a month of her condition worsening and her level of frustration rising, her husband urged her to go to another doctor. They decided to visit TriStar Centennial Medical Center in Nashville, Tenn. where after completing several lab and blood tests, she was referred to Dana Thompson, MD, a medical oncologist from Tennessee Oncology located at Sarah Cannon Cancer Institute at TriStar Centennial Medical Center. As is routine during a first visit with a physician, Dr. Thompson asked about her medical history and symptoms, all which La’Trena had gone over with doctors before. But, he asked her two key questions that were different from all the others: “Have you been itching?” and “Have you been having night sweats?” These questions helped to solve the mystery of La’Trena’s lingering symptoms and led to her cancer diagnosis.

La’Trena’s flu-like symptoms, coupled with night sweats, extreme tiredness, enlarged/swollen lymph nodes, and itching on the arms and/or legs, are often symptoms associated with non-Hodgkin lymphoma, a blood cancer that affects the lymphocytes, part of the body’s immune system.

“It’s important to truly know YOUR body. If you feel that something just is not right – go get it checked out! And, even if you’ve been told one thing, and you feel differently, don’t hesitate to ask for a second opinion. Early detection is key, so until you are satisfied with your diagnosis or treatment plan, continue to ask questions,” she said.

La’Trena’s PET scan revealed that she was in an advanced stage of the disease, and because of this, if she did not begin aggressive chemotherapy immediately, she may only have three months to live. She began treatments that night, and once released from the hospital, she received chemotherapy at Tennessee Oncology’s office within Sarah Cannon Cancer Institute at TriStar Centennial every 21-days for approximately six months.

After several months of chemotherapy, La’Trena went into remission but soon, her symptoms resurfaced. “Because of the attentiveness, alertness, and dedication to my treatment and care provided by Dr. Thompson and my care team, the reoccurrence was caught in time, treated again with chemotherapy and I have been in remission ever since,” she said.

La’Trena returns to her doctor for routine checkups and PET scans every few months and, as a paralegal, worked in Sarah Cannon’s legal department for several years. She was proud to be a part of the organization that helped save her life and wants to be an advocate for fighting the battle against cancer and wishes to bring awareness to blood cancers, such as lymphoma.

“I am so proud and thankful to be a Sarah Cannon cancer survivor."

Dr. Thompson and her entire care team treated her with compassion and care, just like family.

“Dr. Thompson saved my life. He recognized my symptoms and ordered a PET scan right away. I was soon diagnosed with Stage 3B Large B Cell non-Hodgkin lymphoma and started aggressive chemotherapy that night.”