“My son, Matthew, is the typical All-American boy, and is not letting cancer get in his way of living life to the fullest. Lung cancer has a dismal survival rate, but Matt has NEVER been a statistic and he’s not going to start now.” – Mandie, Matt’s mother and lung cancer awareness advocate. 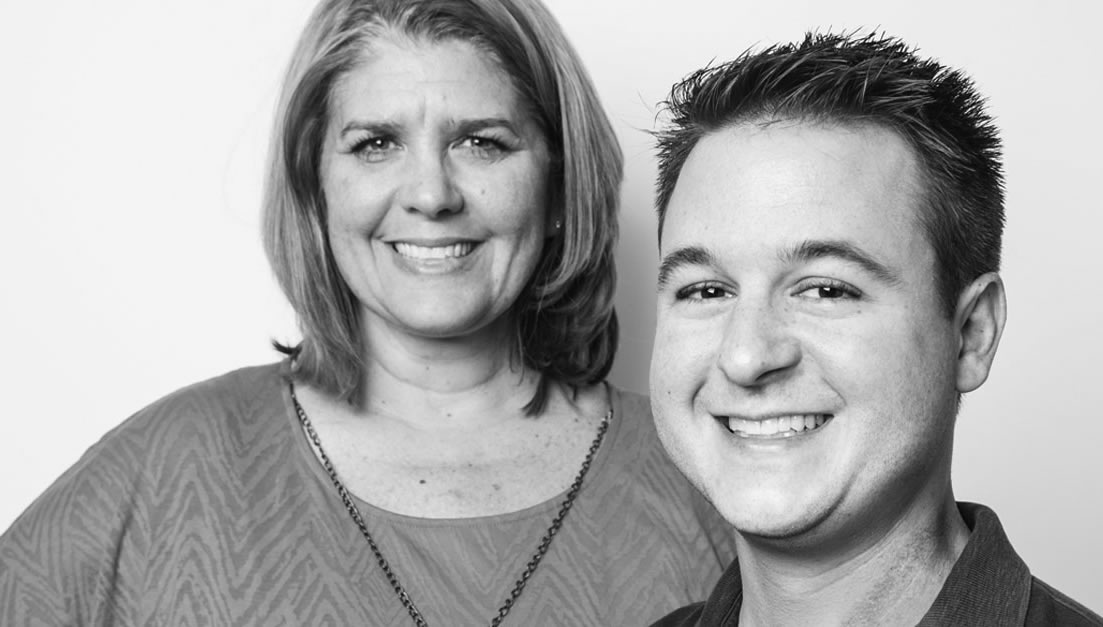 Matt, a 28-year-old graduate student from Ohio, has been fighting stage IV adenocarcinoma of the lung with multiple metastasis since age 24, and he’s never smoked. Nonsmokers make up approximately 15 percent of lung cancer patients and often attribute symptoms to other problems, resulting in later diagnosis. Matt developed a persistent cough during his summer break from medical school, but he had a history of seasonal allergies so he didn’t think twice about it. He also noticed some dull pain in his chest and shoulders, but had recently begun a more rigorous workout routine.

At first, Matt dismissed these common lung cancer symptoms, but decided to get a routine physical at the end of the summer— a decision that would ultimately save his life. On August 26, 2011, which was just a few weeks before Matt was supposed to report back to medical school, a series of doctor visits and testing revealed he had stage IV adenocarcinoma of the lung with multiple metastasis in his lymph nodes and sternum.

“The day I was diagnosed with lung cancer is the day I became a survivor.”

Matt is now under the care of Todd M. Bauer, MD, associate director of drug development and physician lead on personalized medicine at Sarah Cannon Research Institute in Nashville, Tenn. Matt is enrolled on a clinical trial which targets his specific type of cancer by interfering with the ALK signaling pathway, which is a genetic mutation that is at the root of his cancer.

Matt began treatment in Ohio in August 2011. However, on the day he was to report for his first round of chemotherapy, he was unable to walk. Pneumonia had caused Matt’s right lung to collapse and he was rushed to the ICU. The following day, he went into cardiac arrest due to fluid surrounding his heart and battled for his life in the days that followed.

During his hospital stay, Matt chose to undergo genetic testing to check for certain mutations that may have caused his cancer. On September 9, the test revealed that Matt tested positive for ALK, a mutant gene that drives Matt’s cancer. Identifying the genetic makeup of his tumor qualified him for an ALK inhibitor that had just been approved by the FDA called crizotinib, which he began three days later. Matt’s response to the medicine was immediate, and on September 21, he was able to walk out of the hospital without any assistance.

On November 10, 2011, Matt’s test results confirmed a complete response to treatment. However, Matt’s specific cancer became resistant to the drugs over time, which has led him to participate in various clinical trials over the last four years.

In April 2015, Matt was referred to Todd Bauer, MD associate director of drug development at Sarah Cannon Research Institute in Nashville, Tenn. who enrolled him on a phase 1 trial of an ALK inhibitor that is designed to block the signaling pathway that causes Matt’s cancer and experienced great results on the trial. Now, Matt receives his care in Detroit to be closer to home and still continues to thrive.

“I wouldn’t be here without the support of my best friend and my wife, Ally, and my mother, Mandie. They both have stood by me through every step of the journey. My mother was my biggest advocate by finding me the best doctors and the institutions, like Sarah Cannon, to treat my specific type of cancer.”

Stage IV adenocarcinoma of the lung with multiple metastasis

Matt relies on his care team including his physician, an enrollment nurse and a clinic research nurse to guide him through the cancer journey

Matt is especially fond of his enrollment research nurse, Stephanie, and his clinic research nurse, Bethany, who ensure his trips to Nashville are quick and efficient, so that Matt can return to his job as a graduate student in Ohio where he works in the personalized medicine field conducting research on leukemia in a lab.