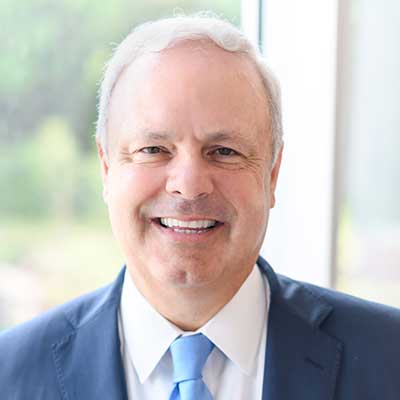 In 1997, Dr. Burris established the first community-based phase 1 drug development program in Nashville which became Sarah Cannon Research Institute. Among his many notable accomplishments, he led the first-in-human studies for many now-approved drugs that have changed the standard of care for several types of cancers including docetaxel and ado-trastuzumab emtansine in breast cancer and everolimus in kidney cancer. Burris has also authored more than 350 publications and more than 550 abstracts. In 2014, he was named a Giant of Cancer Care during the ASCO® annual meeting. He was also elected as the president of ASCO® for the 2019-2020 term.

Dr. Burris received his medical degree from the University of South Alabama in 1985, and performed his residency and fellowship in hematology/oncology at Brooke Army Medical Center in San Antonio, Texas. While there, he served as director of clinical research at the Institute for Drug Development of The Cancer Therapy and Research Center, and was an associate professor at The University of Texas Health Science Center. He has served on many ASCO® committees, including the ASCO® Board of Governors, ASCO Audit Committee, and served as chair of the ASCO® Nominating Committee. Currently, he is chair of the ASCO® Research Community Forum Council, and sits on the ASCO® Conquer Cancer Foundation Board of Directors, as well as the Conquer Cancer Foundation Development and Fundraising Committee.